Teacher's guidelines for the workshop 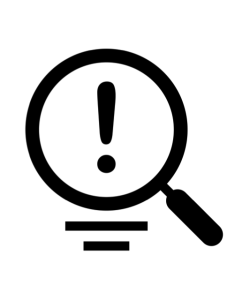 Particular or all parts of national and state symbols are often based on elements of the past and as such they present extremely good matter to illustrate in what way the history was used in certain key moments for assembling national lines and producing larger differences between the opposing groups. This was particularly present immediately prior to the fall of Yugoslav federation when most of federal republics decided to change the state symbols to new ones, based on ancient heraldic symbols that originate in deep history of the Middle Ages or in national movements of the 19th century. Through the prism of supplied photographic material showing emblems and flags, and the accompanying texted material, it could be very plastically shown to the students how were the symbols perceived, interpreted or equalized with certain political ideas.

The integral part of activities will contain observing and commenting the source material that are primarily made of photos and symbols divided in three categories:

1. Heraldic, state and national symbols of the Middle Ages and Early modern history;

2. Emblems of Yugoslavia republics used in the socialist system;

3. State and national symbols selected just before the decomposition of Yugoslavia.

The teachers may choose the order in which they will present the sources to students, and then they can, together with students, notice similarities and differences in certain heraldic or vexillology representations. Common characteristics noticeable at first sight between Middle Aged and modern emblems and flags show that old models served as direct ‘role models’ and an inspiration for creating state symbols in the last decade of the 20th century. The differences

between socialist times and modern symbols show the intention to firmly break
up with the recent past and to put the focus on the ‘glory days of history’. The socialist emblems had a unified form based on Soviet emblems and the art of soc-realism, where old national or state signs were reduced or put aside. By enlivening historica symbols a move was made to stress the new political moment, to provide legitimacy to new states and the identity based on ancient times. Existing problems were deepen by the fact that certain historical symbols were associated with

crimes of the past, and as such were unacceptable to all the peoples who lived in a certain country.