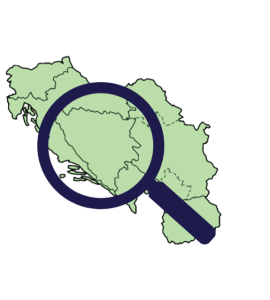 Death of Yugoslavia is a documentary serial made by the BBC in 1995. The series were made after the book “Death of Yugoslavia” written by Allan Little and Laura Silber. The documentary covers the period of the fall of Yugoslavia and ensuing wars in the area. Some of the material were seen for the first time in this documentary, along with the interviews of the leading politicians who were involved in conflicts, inter alia, Slobodan Milosevic, Radovan Karadzic, Franjo Tudjman and Alija Izetbegovic.

The documentary was awarded BAFTA in 1996 for Best Factual Series. Since it contained a lot of interviews with the leaders involved in the conflict, it was often used as evidence by the ICTY in the Hague.

The teacher gives an introduction about the documentary ‘Death of Yugoslavia’ and presents a brief contents of Episode 1 that treats the Kosovo crisis and the 7th session of the Central Committee of the Communist Party of Yugoslavia. Teacher gives instructions to students to make notes during the film, using the table below.

Watching the movie and making notes in the table provided to each student.

Pair work. Students should compare their notes with notes of their colleagues and to give joint answers to following questions:

Which national interests were presented in the film:

A. of Serb side
B. of Albanian side,
C. of Croatian side,
D. of Slovenian side.